Improbable thoughts on what I might actually do with the rest of my life, as a post baccalaurette. 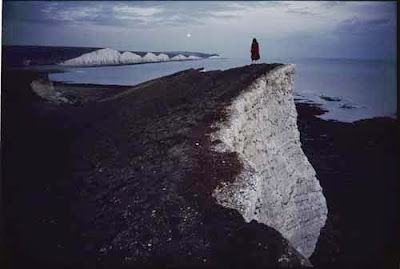 Yes I know I spelled baccalaureate wrong. I spell wrong a lot, but this was intentional. I will be a woman with a degree soon. I think it is different than being a man with one. Well just enough to make a small point about it. I'm not feeling like I am the lessor of the genders, just the less likely to be paid the most. Let the boys have the money, us girls have the vaginas.

Its like owning the best hotel in the years super bowl city, or a store with this months hottest fashions, or park place in monopoly, it gives power in the right circumstances.

Circumstances are made, even though some just fall into them, The wise and ambitious don't fall, they create.

You didn't just end up living in a shit hole and having the world working against you, or in a mansion and with a magical life, EVEN IF IT SEEMS LIKE THAT JUST HAPPENED with no input on your part. The wisdom is in seeing your karma, seeing that big ball of all your prior stuff that was just before NOW, the reason now is what it is.

So what are my karma and vagina up to?

(This reminds me of what a drunk guy confessed to me at a keg party last year, he said "sometimes I think of girls as just a transportation and support mechanism for their pussy". Yeah. He really said that, and I appreciated his honesty. He must have felt comfortable with me to trust me with that. Saved me the trouble of making sure I looked and acted cute and alluring with him!
Later that night I sat with him and helped him wipe his face with paper towels after he finished puking. He told me I was nice. He didn't remember then, that I was just a support mechanism for a vagina. He was probably feeling like he needed a mommy at the moment and no guy can think about his mom like that! I like guys, they are simple. I used the transport function of the vagina support device to go home early before things got cave man simple.)


My karma is currently good. I'm in a good place, well situated for the future. I've got financial support and means to explore without being tied to working. I'm willing to work, if it is interesting. I've got a passport with plenty of open pages! And I have almost no obligations. My only obligations are thoughts, consideration of how what I do going forward, will affect those I love. Truly that is my only obligation.

I mean I've really thought about it, researched it on the net and stuff. Its fairly safe with the right agencies, they send a guy with you in the car and the clients are vetted before hand (at the really good agencies). You might even get a night with a silicon valley hot shot or doctors, lawyers and visiting dignitaries! With what they pay, $1000+ a night, these aren't guys off the street.

I wouldn't either, but I've run the ideas of it around in my head. Not really fantasy as much as exploring where the imagination can go before it runs into barriers.

But why is it that sex and women's role is so stigmatized? Why would I be more damaged goods than the guy? Why isn't my sexuality entirely my own? Its almost like maybe it could be liberating to just say "fuck off" to the powers that be, "I can do what ever I want and what you think is your problem!"

Yeah Chloe, I dare you.

I entertain even more bizarre and disturbing thoughts sometimes. Not as my own desires, but to explore beyond the edges.

What would it be like to commit to suicide by moving to Africa and working as a prostitute to truckers in Uganda? (A major AIDs vector). How would that story write out? Rich white girl decides to end it all as slowly and messily as possible. There's a writing prompt for some creative writing class. Would she change her mind after it was too late? Would the sex be brutal or would there be human moments? Is it racist to use this idea? I'm not going to use the idea, to much else to be writing, but my mind wanders sometimes.

The current work in progress, (book) is bogged. I'm just not experienced enough in living to write what I know is there. I NEED experiences. Again. I had them before but they are used up.

I'm considering stuffing a small knapsack with a pair of jeans, a skirt, a pair of shorts, 3 tops, a bra, and 5 pairs of panties, my passport and credit cards and a few sundries, and just taking the first super cheap flight out of here. I got this idea from: http://tynan.com/

Would I find love? Purpose? Rich experience, either good or bad?

Can I jump into the unknown?

But really I have, every now is at that precipice of a void. 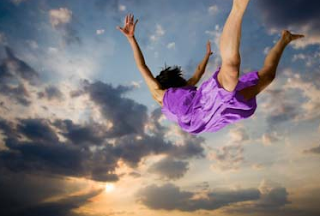 A little post script..after a nice bike ride and reflection on what I wrote above..

I think the prostitution thing is sort of my reaction to the whole expectation of entering the working world after graduation. I mean you don't even own your own life in many cases. Student debt, the projections of your worth as described by your material comfort and success. Family, society, your own implanted patterns of thought all focused on the material.

You prostitute your soul to pay for your material life.

I want to do things in my life that are a continuing exploration of my self as a sprititual being in addition to as one of the many participants in the monkey games.

I want to be Joan Didion not Nora Roberts.

I want to think things and say things that open up the deeper meanings in life, not just pander to the ordinary.

My meditation practice, Vipassana, focuses on observing sensation without contributing to it, reacting to it or avoiding it. Noticing attachment, while not attached. Life is built of various attachments. Needs, beliefs, really any sort of thought or thing that you cling to.

What are we that needs these thoughts and things we are attached to?

Or really are we simply an observer of illusion? Gods little game with herself?

Posted by Chloe Smith at 7:44 AM No comments: Links to this post